The Grudzeń Las sand plant exploits two deposits - “Grudzeń Las” and “Piaskownice Zajaczków Wschód” located in the Tomaszow valley. Sands from this area were first used in the late 19th century. The Grudzeń Las site started to be exploited in the 1930s. At first, these sands were used in the foundry industry in their raw state.

Requirements of the heavy industry on sand quality in the 1970s contributed to the introduction of hydraulic classification based on the Austrian technology that was implemented at the “Grudzeń Las” silica sand plant in 1974. The company “Kopalnia Piasku Kwarcowego Grudzeń Las Sp. z o.o.” began its independent activity on 1 June, 1988.

The company’s objective is to produce moulding and glass sands of the highest quality. New equipment and the latest machinery contribute to achieving these requirements. Physical and chemical monitoring highly contribute to the quality assurance of all products.

In addition to the above listed products, the company produces filtration gravels, technical sands, kaolin, silica and dolomite flours.

The company’s philosophy has evolved over time into its present form, when Grudzeń Las Sp. z o.o. became part of the Atlas Group. This exclusively Polish capital accelerated the pace of the sand plant´s development, which today includes two production complexes in Grudzeń Las and Syski. 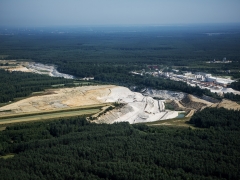 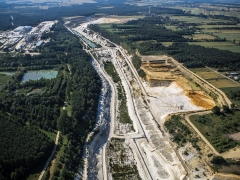 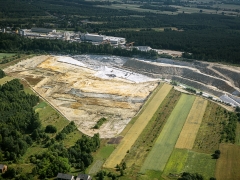 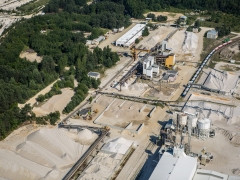 Based on our Polish and internatioanal customers' high demands on silica moulding sand, glass sand and filtration gravel, the company built a new center in the Syski area, about 5 km from the Grudzen Las sand quarry.

This is why the company consists of two separate production complexes today:

Both deposits provide slightly weathered sandstone dating to the Cretaceous period. The raw material is processed using a hydraulic classification method. Following the classification, sands and gravels are transported to process boxes and after dehydration, they leave for dispatch boxes.

After separation of sand fractions and sedimentation without adding chemicals, Kaolin is formed and subsequently pressed in chamber presses. Compressed kaolin is stored in a dry environment to prevent it from regaining moisture again.

Moist sands are dried in modern sand dryers, and subsequently cooled down in a cooling pocess. Dried materials are stored in storage tanks or transport packaging. 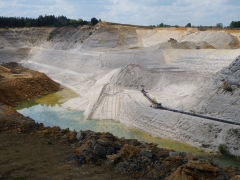 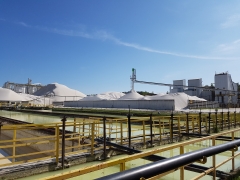 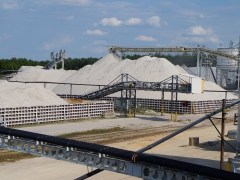 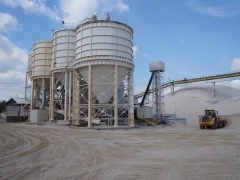 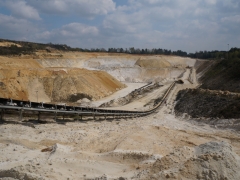 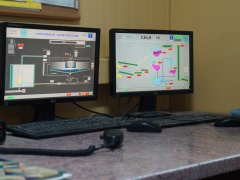 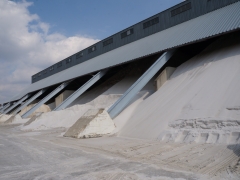